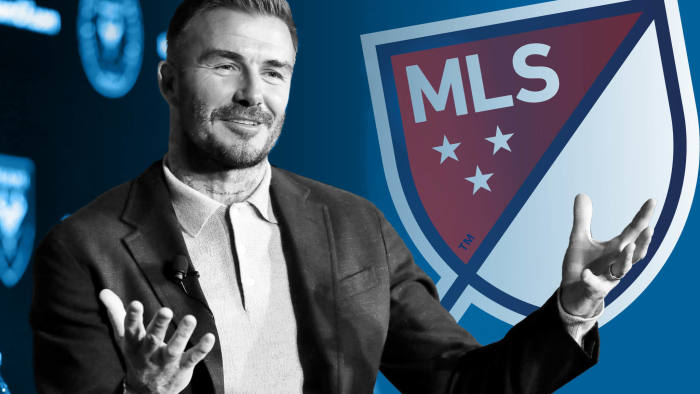 David Beckham, co-owner of Inter Miami CF, which will make its debut when the new MLS season kicks off

When David Tepper bought a Major League Soccer franchise for $325m in December, the hedge fund billionaire agreed a price similar to one needed to acquire football clubs in the sport’s financial stronghold of Europe.  Yet, frothy valuations for sides in the US and Canada’s top tier for football — or soccer, as it is known in North America — have been achieved despite most MLS teams failing to turn a profit since the competition kicked off 25 years ago.

“The concept of profitability is one that will come when we’re able to . . . to see the results of all the investments that we’ve been making over the last 20 years,” said Don Garber, MLS commissioner. “Our owners have no doubt that’s coming.”

The privately held league reveals few financial details, but Mr Garber said most franchise owners were in “deep investment mode”, such as building stadiums, and were willing to sustain losses as the league grew.  The line that current spending will lead to future returns appears to be working. The competition is set to expand from the 24 teams that featured last season to 30 by 2022.

Among them is Inter Miami CF, which makes its debut when the MLS season begins this weekend. The new club is owned by former England captain David Beckham and a group of investors that includes Masayoshi Son and Marcelo Claure, the top two executives at Japanese investment group SoftBank.  Mr Beckham paid a cut price for his franchise, triggering an option to acquire an MLS team for $25m as part of his 2007 transfer from Spain’s Real Madrid to Los Angeles Galaxy — a move that raised global interest in the league. 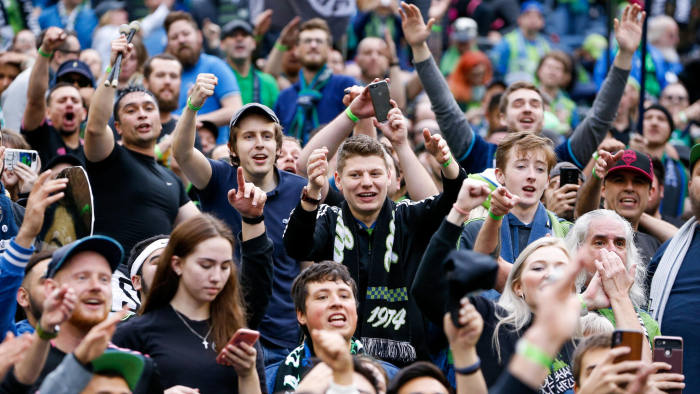 While these prices are similar to those paid for teams within Europe’s “Big Five” leagues — England, Spain, Germany Italy, France — those divisions benefit from multibillion broadcasting contracts unmatched elsewhere.  A consortium led by US billionaire Daniel Friedkin is in late-stage talks to acquire Italy’s AS Roma for €750m ($803m), while an investment group backed by Saudi Arabia’s sovereign wealth fund has offered £350m ($448m) to acquire Newcastle United in England.

But these rival European leagues are significantly higher in quality and offer better wages to entice the best players. US television ratings for the English Premier League matches consistently beat those for MLS games.  Since 2000, no MLS side has even won the North American version of the Champions League, a continental club competition that has been dominated by sides from Mexico’s Liga MX.

Analysts say the unique structure of MLS helps explain the rising valuations of its teams. Whereas most leagues have promotion and relegation, with the worst-performing teams dropping out of the top division, MLS is open only to new entrants willing to pay “expansion fees”, which are then shared between existing owners.

Other arrangements more familiar to US domestic sports leagues, such as salary caps on players, also help to keep costs down. “You have scarcity because the number of franchises is tightly controlled,” said Dan Jones, head of the sports business group at Deloitte. “The sealed league system and collective bargaining agreements [with players] help to avoid volatility in revenues for investors.”  Mr Tepper was convinced to pay $325m for his new franchise in Charlotte, North Carolina, partly because it would become the 30th side in MLS. Mr Garber said the competition would not grow beyond this number of teams for the foreseeable future. 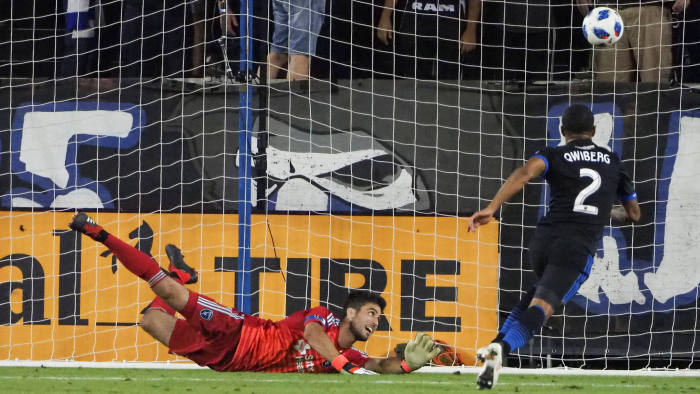 “Beyond the dilution impact of adding more owners at a time when our revenues are still growing slowly, the real issue is we have six new teams coming on in the next number of years and we need to be very thoughtful about onboarding all those teams,” said Mr Garber.  Franchise owners also benefit from an equal share in Soccer United Marketing, a profitable organisation that owns rights to MLS broadcasting, sponsorship and merchandising. SUM also has the commercial rights to football across North America, such as matches held by US Soccer, the governing body behind the men’s and women’s national teams. Mr Garber is also chief executive of SUM and said “almost half” of its revenues were “non-MLS related”, without providing further details.

While this business model has not led to team profits, Mr Garber insisted the league had come a long way since it almost ceased operation due to financial difficulties in 2001. With the football World Cup set to be played across North America in 2026, he said investors were betting that the sport would eventually gain the same popularity in the US and Canada as it had across the world.  “The rationale [behind the prices paid for MLS franchises is] soccer is a sport on the rise in North America,” he said. “MLS is driving an enormous amount of energy and momentum and value for fans, communities, players and investors because we have so much growth in our future.”